Elder delegates to the Classis of Schenectady represent the voice of the congregation and Consistory of their home church, and serve to vote on agenda items presented to the Classis. Their mission is to serve with honesty and integrity in conducting or furthering the business and interests of the home church wherein such interests promote opportunity for worship, friendship, personal growth and service.

The Consistory is the governing body of the Niskayuna Reformed Church. It is comprised of eight Elders and eight Deacons who have been ordained to that office , after being elected by the congregation. Traditionally, the Elders are concerned with the spiritual oversight of the church and the Deacons with service aspects. Together they share all the responsibilities of guiding the church in its work and ministry.

Attend formal sessions of the Classis of Schenectady and ad hoc meetings of sub-committees of that body throughout the year, as required.

There are no regularly assigned weekly duties.

There are no regularly assigned annual duties. 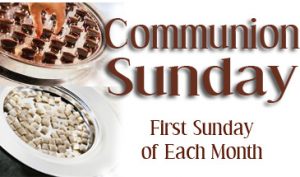 Come join us for our weekly worship service.
View Calendar