Submit Your Nominations for the 2020 Consistory 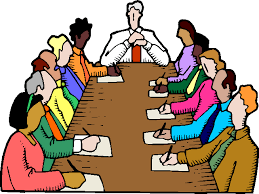 The Consistory is the governing body of our church and is made up of 12 members:  6 Deacons and 6 Elders, who are confessing members of the church and are at least 18 years of age.  Both offices participate equally in meetings and other activities of the Consistory.  The term of each office is two years and no one may serve more than two consecutive terms.  After serving two elected terms in a row (four years), a member is required to be off the Consistory for at least one year before he or she is eligible for re-election.

The present Consistory members are:

The terms of office of the Elders and Deacons listed below will expire on December 31, 2019.  They will have completed their terms of service and may or may not be eligible for re-election at this time.  At our Annual Congregational Meeting on Sunday, December 8, we will elect individuals to fill the open positions for a two-year term.  You are encouraged to submit suggestions for candidates to be considered for Consistory.

This is your opportunity to suggest candidates for these offices by placing their names (or your own!) in the nomination box located in the Church Narthex, or submitting them to the church office.  Your suggestions are requested no later than October 20 in order to be considered in preparing a slate of candidates.

With many thanks for your careful consideration of this opportunity.

Come join us for our weekly worship service, featuring a sermon by Rev. Jason Fulkerson, music, and the children’s sermon.  Please join us! The Mission Collection for the month of June  is TBD.  You can[...]
View Calendar